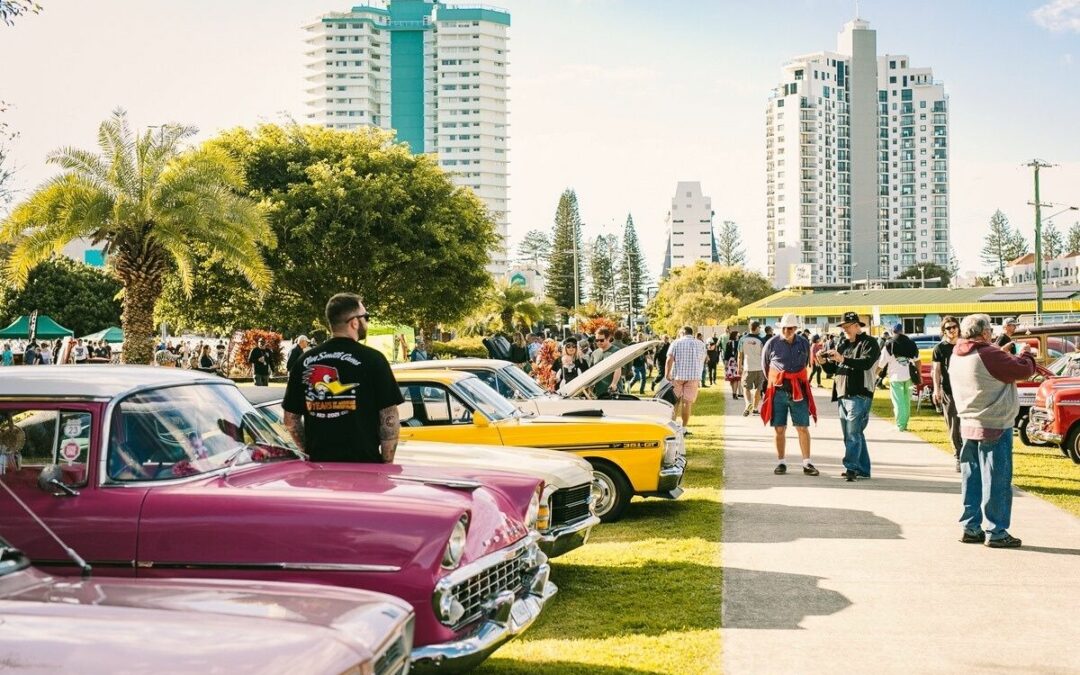 Have you attended Cooly Rocks On before? It is Australia’s largest nostalgia festival, attracting thousands of visitors from near and far to Coolangatta Beach for five action-packed days to celebrate the automobiles, music, and lifestyle of the 1950s, 1960s, and 1970s.

Cooly Rocks On is a Queensland-based annual event that first took place in 2011. Cooly Rocks On will return on June 8 to 12 with a jam-packed lineup of the best rock ‘n’ roll, swing, rockabilly, and tribute performers from around Australia and the world, ready to turn back the clock on Coolangatta as they dish out the tunes of the past! Cooly Rocks On is one of ten festivals worldwide to feature the Ultimate Elvis Tribute Artist Contest, a competition sponsored by Elvis Presley Enterprises.

Are you interested? Below is a simple guide for Cooly Rocks On 2022.

Show ‘N’ Shine: Motor enthusiasts from all across Australia will polish their prized possessions and rumble them through the streets of Coolangatta on Saturday and Sunday. Prepare to travel down memory lane with Cooly Rocks On’s most popular event, the Show ‘N’ Shine. There will approximately be 900 vintage automobiles, including classics, customs, hot rods, and muscle cars.

Car Runs: There will be three Car Runs. The first is on June 8. Cruise from Cooly Rocks On to the Gold Coast Motor Museum with fellow auto enthusiasts and the SCARAB Car Club to see one of Australia’s top vehicle collections. It will be followed by a bite to eat at Stanley’s Barn Restaurant & Bar.

The next event is in the evening. You can cruise with the Gold Coast Muscle Car Club at SEVEN82MOTORS. You’ll get an exclusive tour of the Garage, a Q+A with international Hot Rodder Jim Sheflo, and more at the June Auction! Then, the next day, head to Yatala Drive In to catch a screening of Top Gun: Maverick, the latest blockbuster.

Kustomville: This is a Kustom culture event featuring the best lowbrow art, kustom bombs, sleds, hot rods, and coupes from Australia and beyond! Check out the kustom automobiles, low-brow live artists, and the Kustomville Art Gallery as you meander around the area.

Live Music: Prepare yourself for some fantastic live music as the festival features a jam-packed lineup of Australia’s best rockabilly, swing, and rock ‘n’ roll musicians from all around the country.

Elvis Precinct: The Elvis Precinct is near the beachfront. But before heading inside the video to catch one of the many highlight shows honouring past legends such as Elvis Presley and Johnny O’Keefe, take in the beautiful coastline views at the Beachfront Bar.

Live Music Venues: Enjoy a meal or a cool drink with friends while watching your favourite Cooly Rocks On performers play live and for free at these music venues – Greenmount Beach Surf Club and Coolangatta Sands Hotel.

Pin-up Pageant: Get ready to be wowed as 12 contestants compete for the ‘Cooly Rocks On Pin-up Pageant 2022’ Winner at the festival.

Harvest Moon Swing Ball: The Mal Wood Dance Band will perform as part of a celebration of the original swing era, with lots of dancing to take you on a journey through time.

Cooly Rocks On is a fantastic event that you should attend. Book at Swell Resort for easy access to all the events scheduled over the five days. It will only take you a 20-minute drive.

Swell Resort has lovely one and two-bedroom Burleigh Heads apartments that are self-contained and fully equipped with everything you require. It includes onsite amenities such as a heated pool and spa, a full-size tennis court, BBQ facilities, and a gym.